As great as the Wii U was (and there’s a good reason why the majority of its library has reappeared on its successor), it was never a ‘cool’ console. Nintendo’s mixed messaging and marketing did little to endear it to anybody who wasn’t a total devotee to all things Mario — something the company remedied with its next hardware offering from the very outset.

The Switch immediately grabbed your attention and that slick reveal video that debuted four years ago demonstrated succinctly how Nintendo games could fit into your everyday life thanks to this neat little device. We might joke about impromptu rooftop parties and the like, but the promise of that reveal trailer has been borne out in the years since launch and we’ve all enjoyed the convenience of the console.

Switch got off to a flying start thanks largely to the fact it launched with one of the best Zelda games ever made, but there was a strong selection of support players bolstering the starting line up in that period before we knew how the console dealt with more than twelve game icons on the home screen.

Nintendo would go on to deliver a stellar line up for the remainder of 2017, including Mario Kart 8 Deluxe, Super Mario Odyssey, Splatoon 2 and ARMS (yes, we love ARMS!), but today we’re thinking back to that very first time we powered on our hybrid console on launch day. It goes without saying that Breath of the Wild is a strong candidate for ‘Best Launch Game Ever’, but today we want to remember the ‘little guys’ that launched alongside it on 3rd March 2017 in the West, either physically or digitally.

There’s a poll at the bottom of the page, but first let’s saddle up and mosey on down memory lane to the simpler times of 2017… 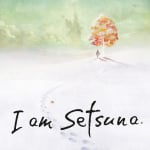 This Square Enix-published title provided a solid, old-school adventure for RPG fans looking for a nostalgic experience in Switch’s very early days. I Am Setsuna might have been a little no-thrills in places, but it played its role in the console’s starting roster admirably and held the fort until fresh arrivals brought genre support later in the year. 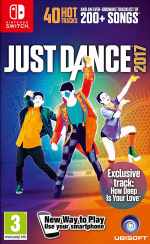 A very familiar face, Ubisoft’s Just Dance 2017 was another family-friendly addition to Switch’s initial batch of offerings. 1-2-Switch might have highlighted the new features of those diminutive little Joy-Con controllers, but this game showed they could function perfectly well in the old ‘Wiimote’ role, too.

Remember how big Toys-to-Life was for a few years there? Coming at the tail end of the craze, Skylanders Imaginators made sure that Nintendo’s Zelda amiibo weren’t the only expensive bits of plastic vying for your cash once you’d added the new console in your basket.

To be fair, if you already had Skylanders toys around the house, this was a good way to breathe some new life into them and it also didn’t require the big portal accessory, either, with the figures scanning into the game directly via the right Joy-Con. 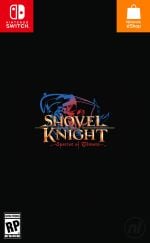 Shovel Knight: Specter of Torment is a standalone prequel to the original Shovel Knight (Shovel of Hope) that has Specter Knight recruiting the other Knights into the Enchantress’ Order of No Quarter. It’s another fine slice of 8-bit inflected gaming and we enjoyed every minute of it. Still, if you can’t get enough of Knight-based retro-flavoured gaming, there was an even better Switch launch title on offer… 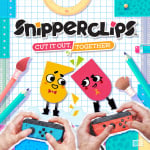 The game that showcased the console’s facility for couch co-op gaming, Snipperclips was an early indie hit on the system and one which made those detachable Joy-Con immediately make sense. It would go on to get an updated physical release, and now you can’t move for quality co-op options on the Switch eShop, but Snipperclips was there at the very beginning.

So, now you’ve had your memory refreshed, let us know your favourite Switch launch game by clicking the the title below and hitting the ‘Vote’ button:

Thanks for voting — make sure you’re doing that in the real world, too, assuming you’re eligible! Once that’s taken care of, feel free to discuss the Switch launch line up below.