Had enough time to recover from the Splatoon 3 hype following yesterday’s Nintendo Direct? Good, because we’re about to dive in a little deeper.

With both Splatoon 3 and Splatoon 2 launching on the same system, it might seem that there’s not all that much of a difference between the two, but early signs suggest that the new entry will have several new twists that should keep series veterans more than intrigued.

Nintendo has shared a thread on Twitter going over some of the game’s finer details, acting on behalf of the ‘Squid Research Lab’ and discussing the ‘video transmission’ – meaning the Direct trailer up above. We’ve broken down all of the new info for you below:

Splatsville and the Splatlands 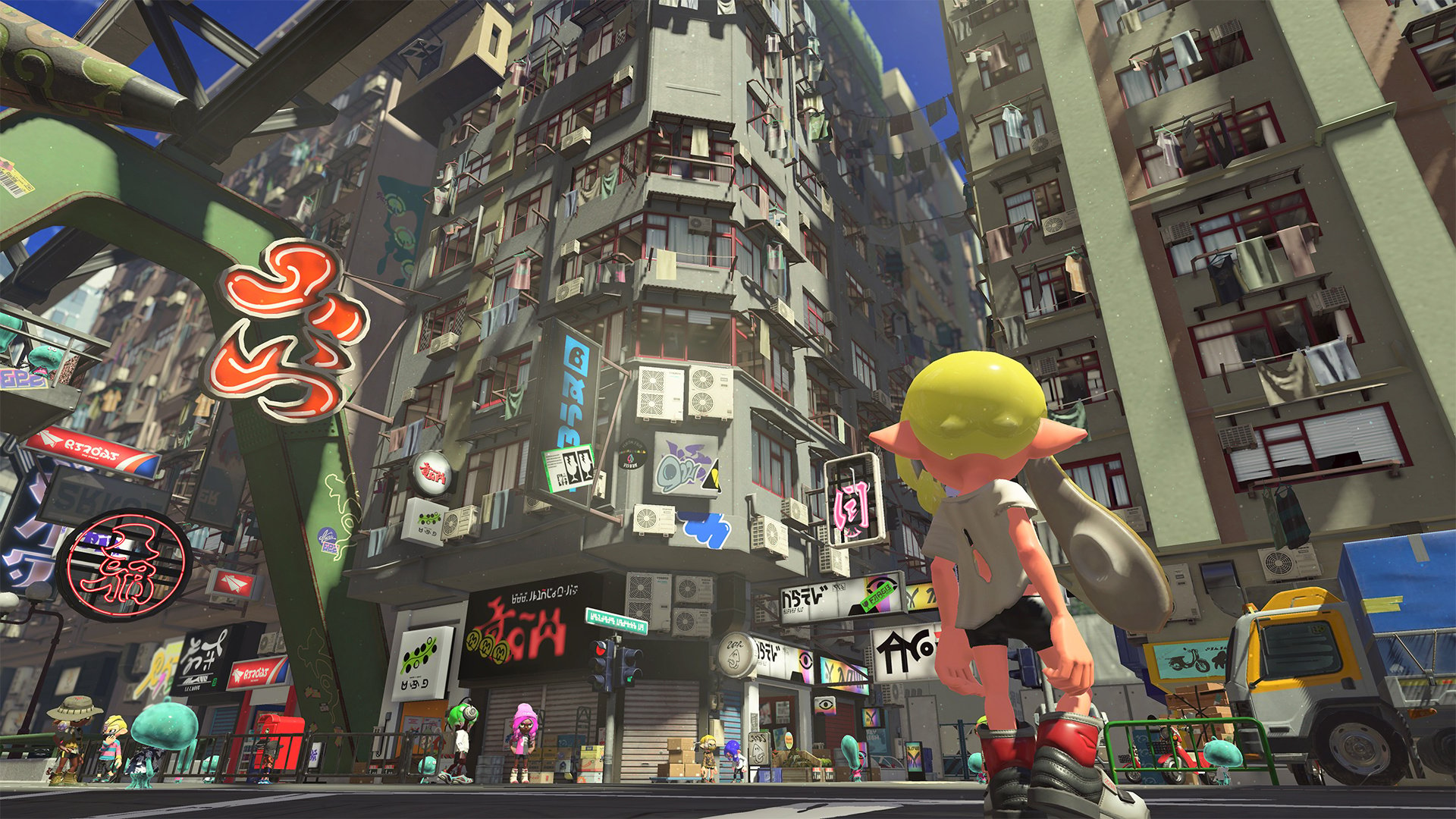 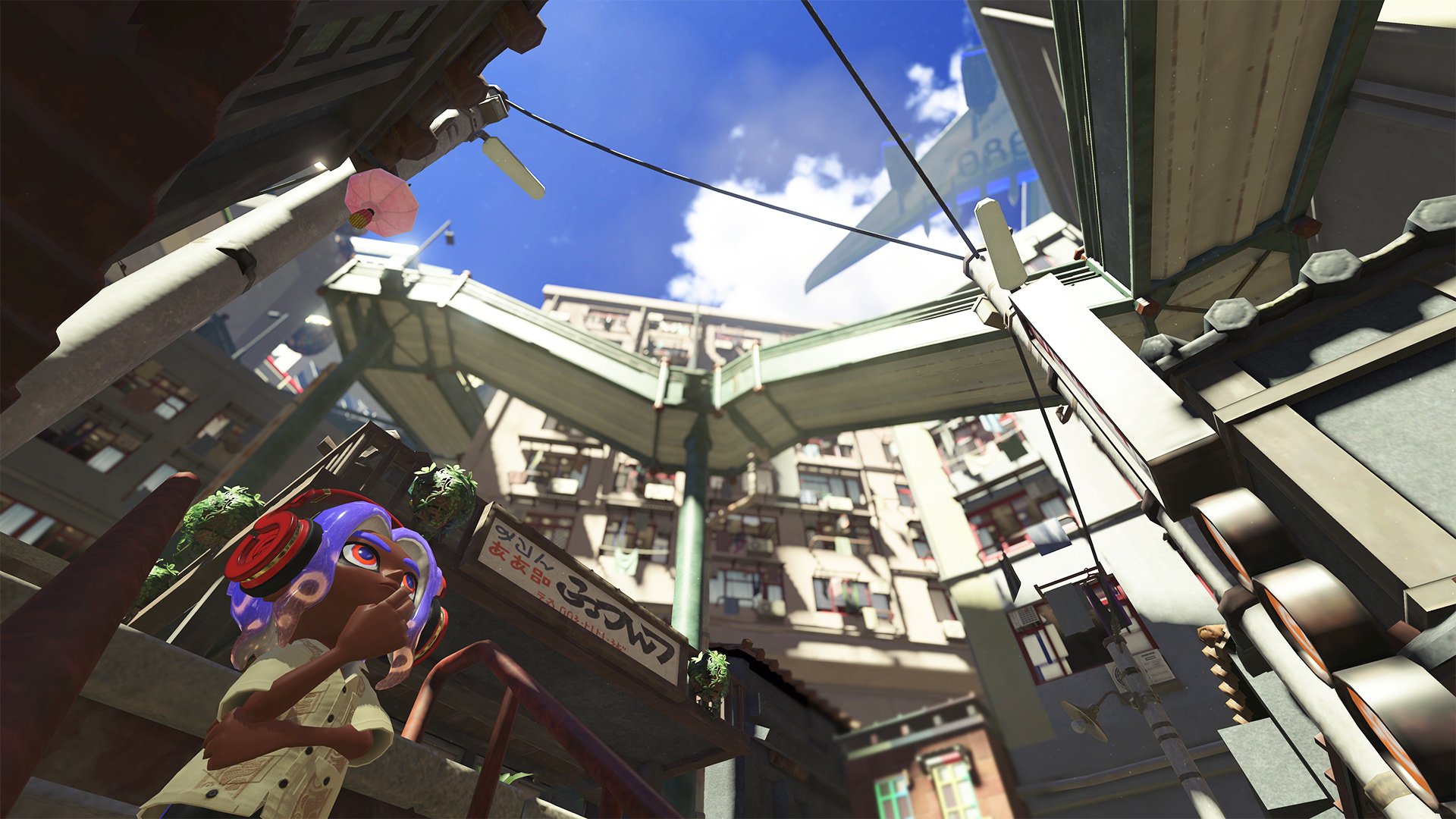 “Here we see Splatsville, the newly discovered “city of chaos.” It has a dated feel yet seems densely populated. Research indicates that Splatsville’s development has accelerated rapidly since the Final Splatfest a year and a half ago, even though it’s located far from Inkopolis.”

“We’ve learned that Splatsville is located in a broader region called the Splatlands. It seems the intense sun and harsh environment have had a profound effect on its inhabitants. In recent years, trendsetting Inklings have been drawn to this culture like moths to a Bunsen burner!”

“Even in the Splatlands, Inklings seem devoted to the popular pastime of Turf War. The basic rules appear unchanged—two teams of four compete to ink the most ground. However, the denizens of Splatsville appear to have taken their battles into the surrounding wilds of nature!” 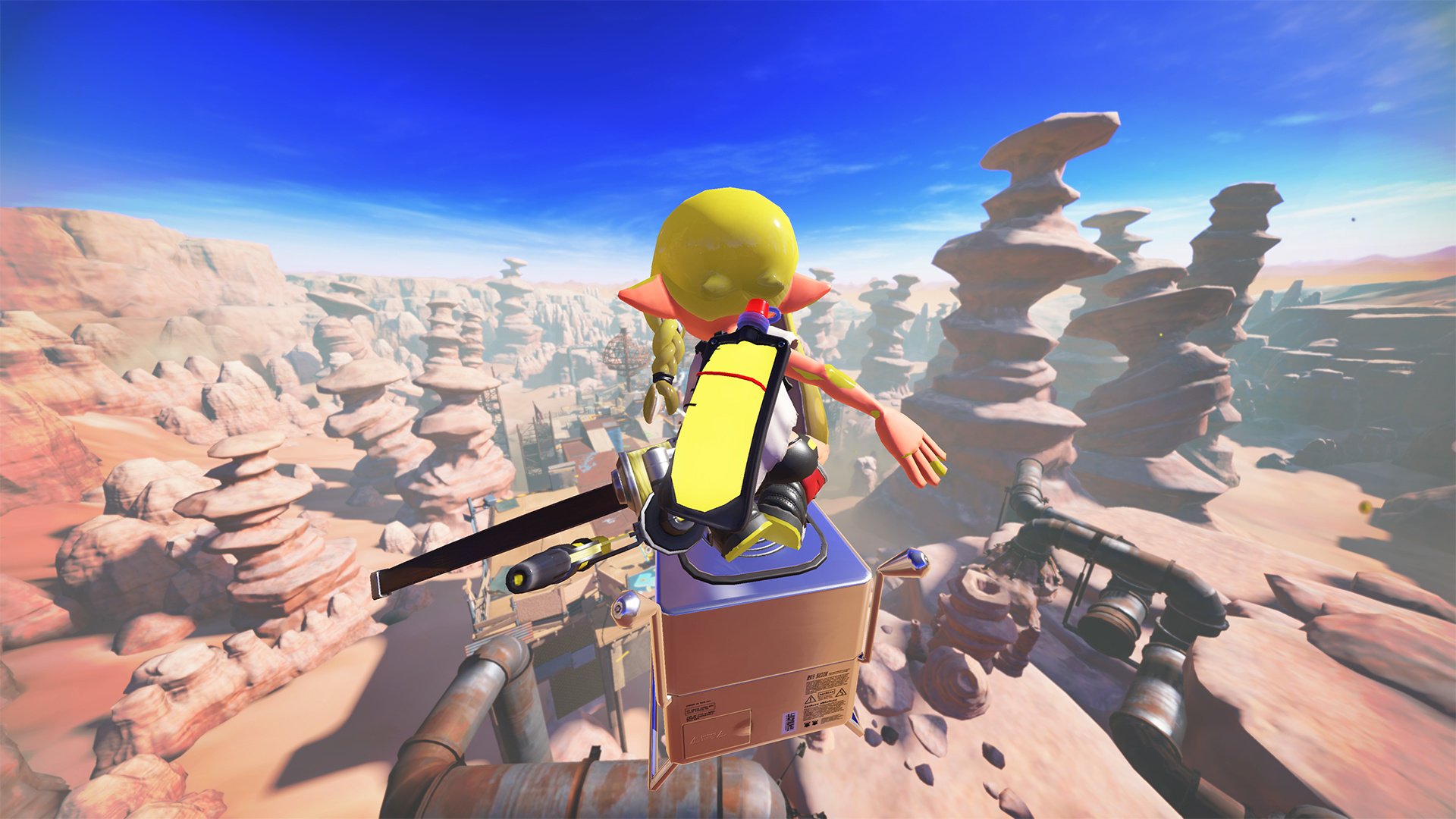 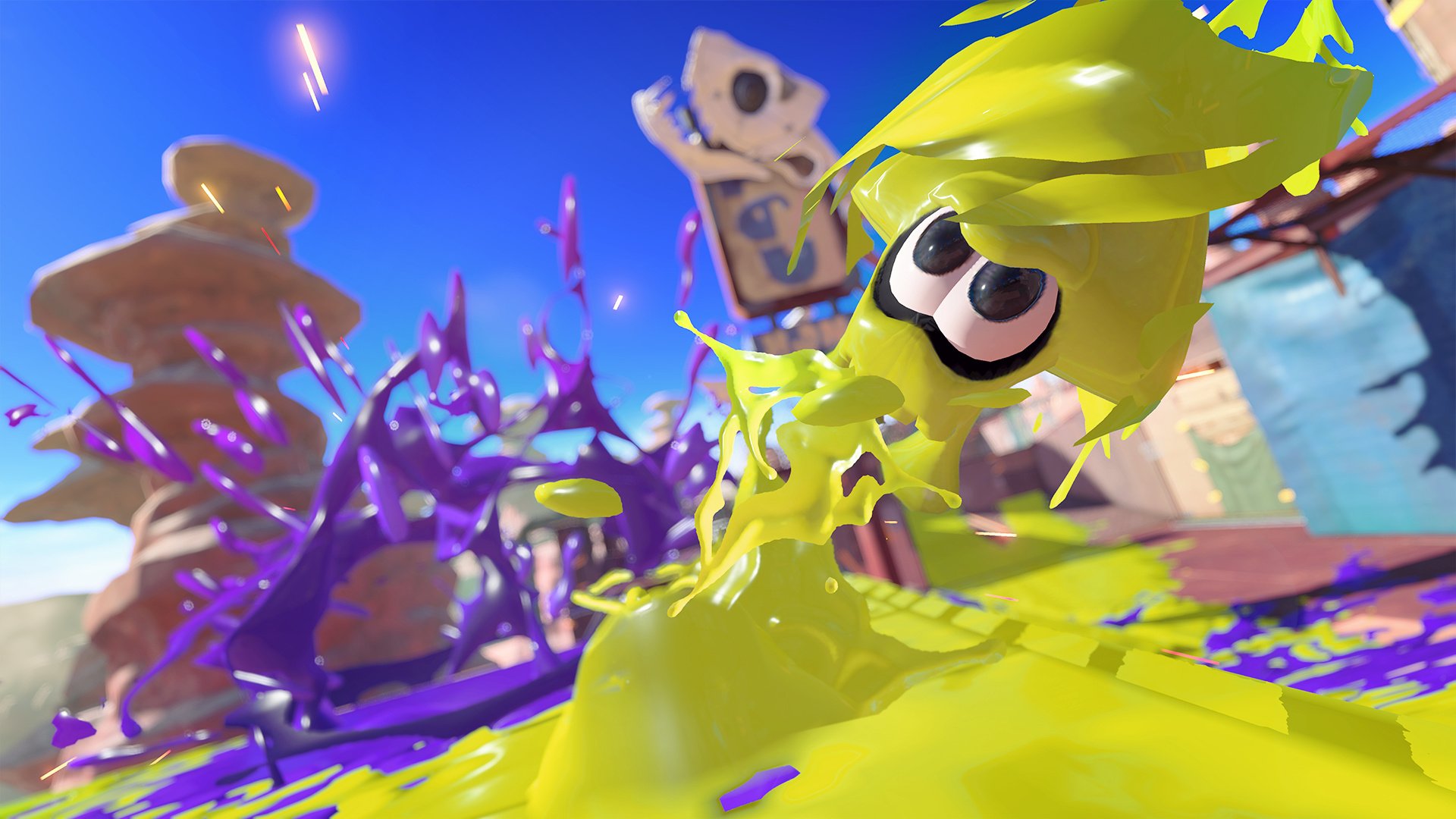 “In the Splatlands, Inklings seem to favor entering the battlefield by launching themselves out of some sort of midair spawner drone. It appears they can even choose their landing spot before flying into action!”

“We’ve identified two new ways that Inklings can move. A “squid roll” allows them to leap and twirl out of their ink, and a “squid surge” allows them to quickly swim up ink-covered walls and jump out at the top! Just think how these abilities could be used in the heat of battle…”

“It’s no secret that Inklings and Octolings can arrange their head tentacles in various “hairstyles.” However, it seems these wonderful creatures are capable of more intricate designs than previously known. Just look at this Inkling… It has a braid! What a day for science.”

“In the new video transmission, an Inkling is seen accompanied by a juvenile Salmonid called a Smallfry. Our studies have long shown the Salmonids to be a dangerous species. How this seemingly symbiotic relationship evolved is a thrilling mystery. Further research is required!”

“We’ve also discovered a new weapon with a shape like a bow. It looks a bit primitive at first glance, but on closer inspection, it’s packed with technology, including a mechanism capable of launching three strings of ink simultaneously!”

“In the video transmission, we also spotted some special weapons! In addition to a brand-new one, some seem like reconfigured versions of special weapons found in Inkopolis. How perfectly fitting for the city of chaos…” 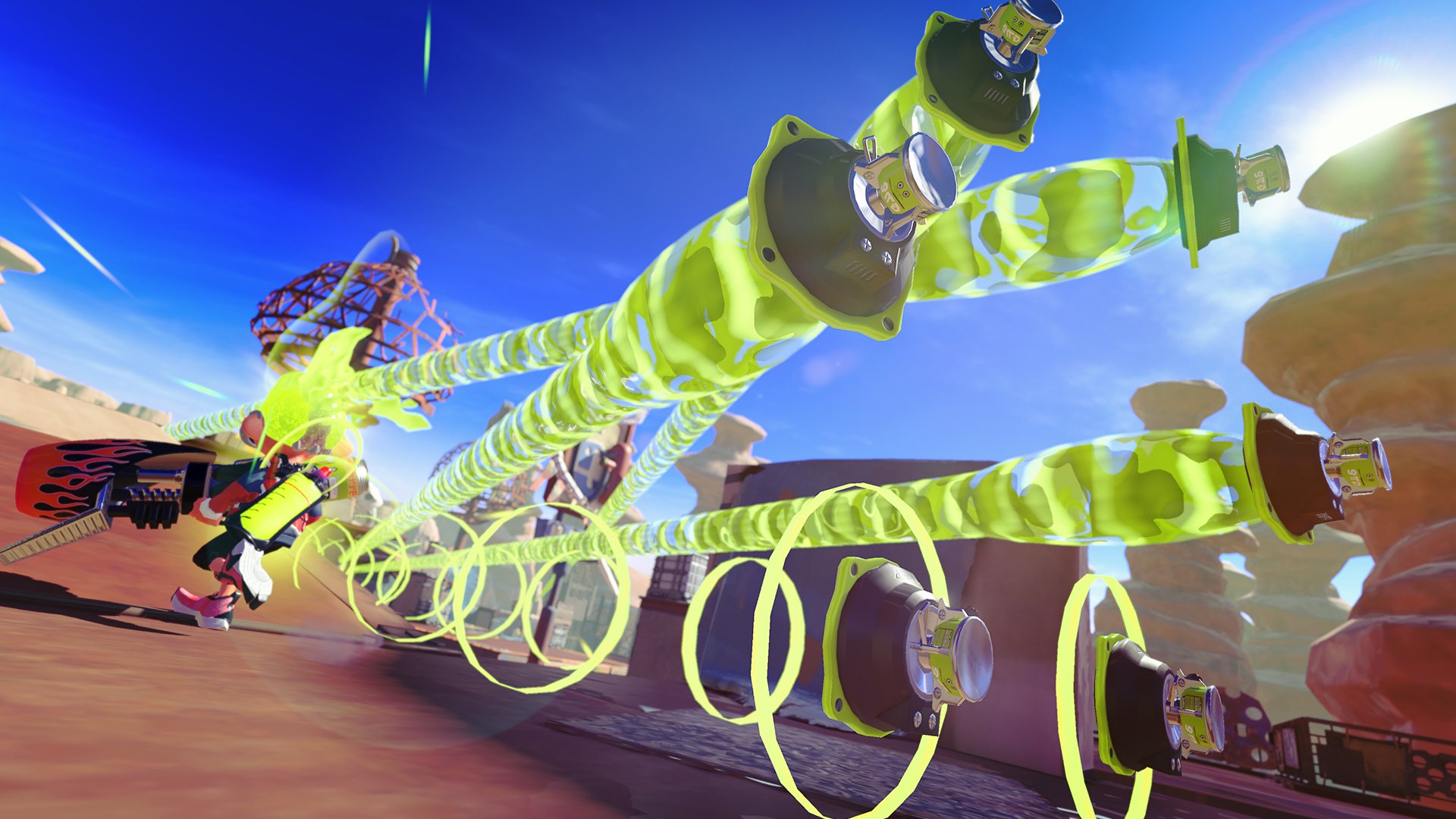 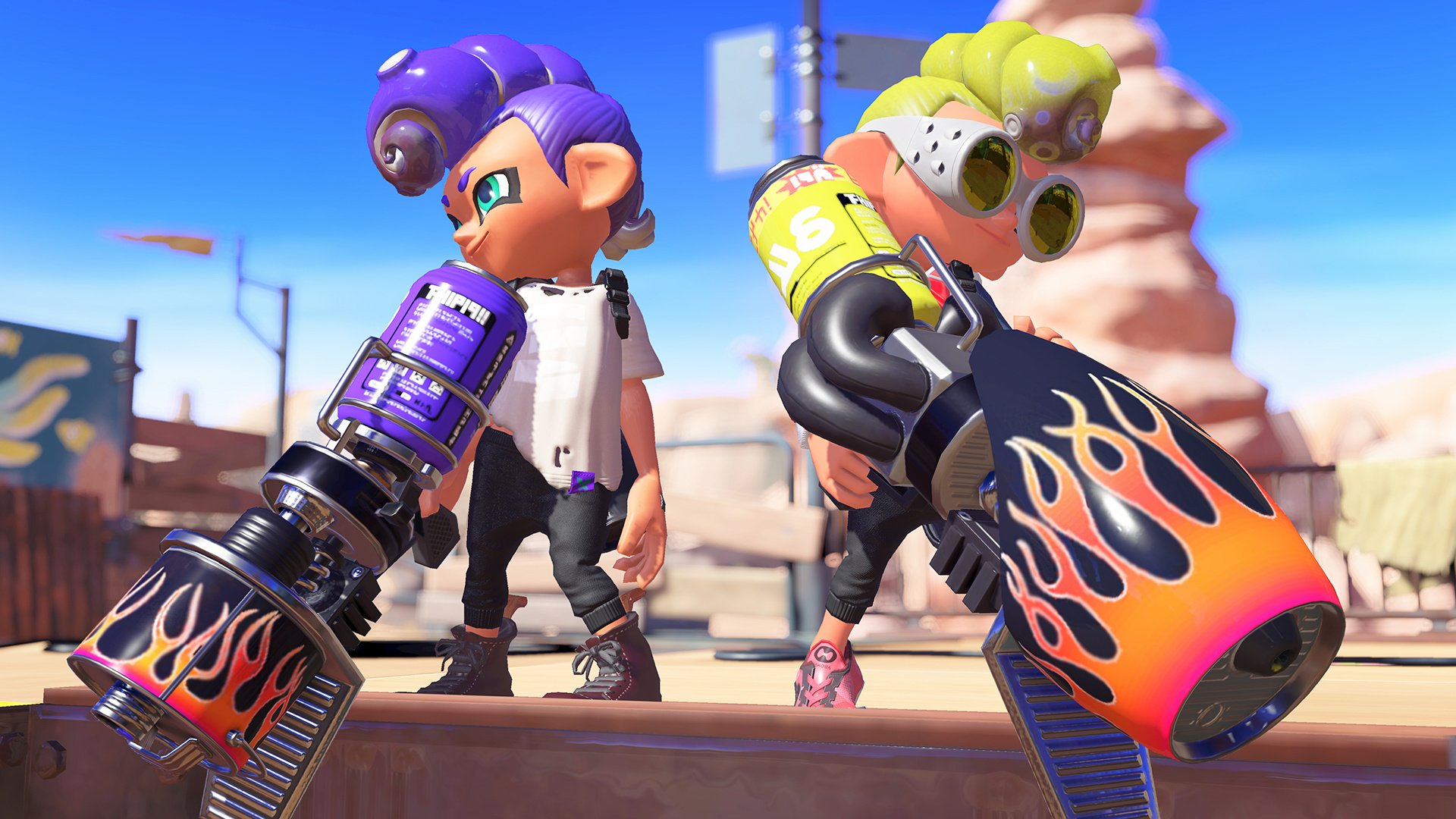 “Classic main weapons appear viable in the Splatlands, although their appearance seems evolved to suit this unique culture. The .96 Gal and Range Blaster look markedly different than we’re used to, which will seemingly make them stand out more from other weapons of the same type.”

That 2022 release window seems ages away, doesn’t it?

Let us know if you’re feeling the new Splatlands vibe with a comment below. Can we really sink another hundred hours into a new Splatoon game? You bet we can.

Random: Hacker Creates The Game Boy Tetris Of Your Dreams

Valentine’s Day Gifts Will Soon Be Available In Animal Crossing

Samurai Gunn 2 Is Coming, And Will Also Star Characters From Spelunky And Minit