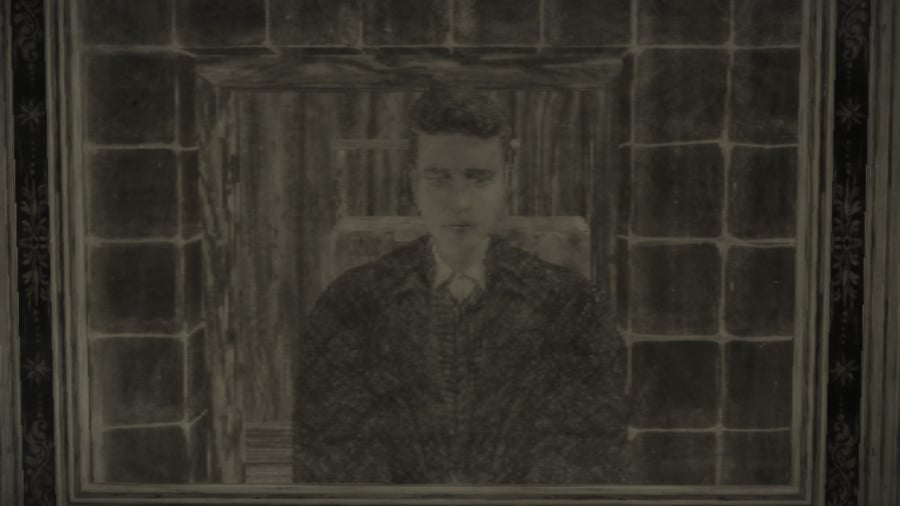 Take our advice: if you ever receive a suspiciously detail-light missive informing you that a loved one has passed away and urging you not to return to your home village, trust us on this one – just let it lie as advised. Let them lie, we suppose, because no good has ever come from going to a village, as recent horror games (and, let’s face it, real life) are a testament towards. It’s quite understandable, then, that we met Mundaun’s opening correspondence — informing its protagonist of his grandfather’s death — with quite some scepticism, which turned out to be well-founded.

See, Mundaun is a first-person horror game that sees you investigating the aforementioned suspicious death, returning to the titular village in order to investigate, which is exactly what we said not to do!! Said investigation takes the form of exploring, finding items, solving puzzles and occasionally poking a pitchfork at a screeching humanoid bale of hay. The usual, then.

The controls are fine – unobtrusive first-person controls precisely akin to those you’ve experienced a million times before. That’s no criticism, they’re just easy to get to grips with, meaning that you’ll never feel any kind of mechanical disconnection from the horrific proceedings. 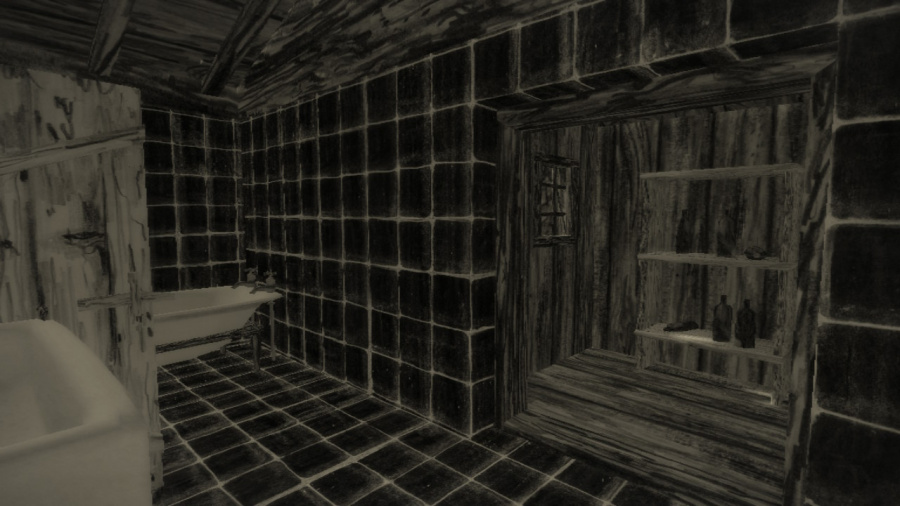 And horrific they are, as no sooner have you parked up, switched off your Erasure tape and stepped out into Mundaun than you find yourself sucked into a painting and reliving the fire that supposedly killed your granddad; a man who, with hindsight, may have made some poor decisions in his time. You bear the brunt of the old man’s mistakes in the form of monstrous beekeepers who shoot their pollinating pugilists towards you. Great stuff, thanks gramps.

And all you’ve got to defend yourself is the aforementioned pitchfork – which is rubbish compared to Caleb’s one in Blood – and a similarly ineffectual rifle that you’ll pick up later in the game. Thankfully, Mundaun’s combat takes a back seat to an adventure game-esque feel that’s very effectively at bringing the fear.

There’s a laudable sense of variety to proceedings across its major maps, and even with a meaty seven-or-eight-hour time to completion we never found things samey or uninteresting. The mystery of Mundaun is well told and presented, and while there are some well-designed jumpscares it’s mostly concerned with drip-feeding a sense of palpable dread. A good, non-spoilery example (and believe me, we are trying not to spoil anything) is the mirror sequence you stumble into at the farmhouse. It’s one of the more unsettling setpieces — unsettlepieces? — we recall seeing in a long while, simply because while you know something’s going on, you don’t have a clue exactly what it is yet. 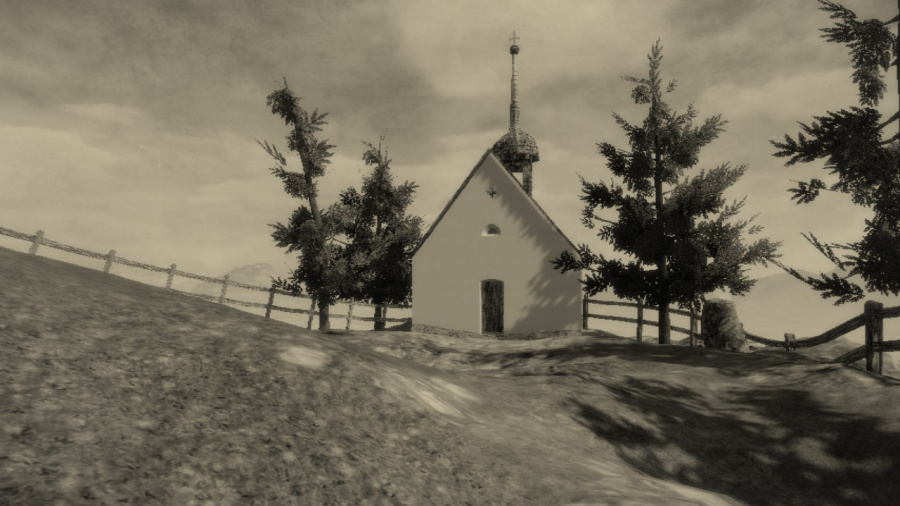 Despite combat being discouraged (you can beat the game without really fighting anything), you can upgrade your health, marksmanship and – ooer – sanity, an effect we’re loath to spoil but may seem familiar to fans of Eternal Darkness and Amnesia. Your next objective is always clear and you can track your clues through the in-game notebook. There are also optional objectives and hidden radio frequencies, for completists. It’s a full-featured title, not the walking simulator you might initially assume you’re in for, as we did. It isn’t a difficult game, nor does it ‘waste your time’ — there’s more to getting around than just travelling on foot — and Mundaun evidently really wants you to finish its story. You’re very unlikely to die if you have the wherewithal to run away when situations get hairy.

It pains us, to a point, to bring up the game’s visuals. They’re a strange, eerie sort of monochrome, sepia-tinged and evocative of pencil sketches that ably suggest the passage of time and arcane mystery. Theoretically this could be a striking and impressive style, but the Switch – particularly in handheld – absolutely murders it in places. There’s metric ton of ugly pop-in, it’s often easy to get turned around by how shimmery and samey things look, and we struggled to find pivotal items because they quite simply blended in with the scenery. It’s never enough to stop the game being enjoyable, but it’s definitely something of a mark against it.

Performance is fine, a steady 30fps throughout, and sound design is marvellous, with all dialogue being in the little-spoken language, Romansh. It’s a great way to make the player (well, the vast majority of players) feel like the outsider that they’ve come to be.

Hurt only by the Switch’s take on its visuals, Mundaun delivers above and beyond its appearances and offers a robust, constantly compelling adventure game. It isn’t particularly scary, but it is rich in atmosphere and hosts plenty of gameplay variety and good ideas. We found that it never compromised its tone or fell foul of any gameplay glitches, although as mentioned the visuals aren’t quite up to snuff. It’s a minor thing, though, as Mundaun should keep your attention from beginning to, well, one or more of its multiple endings.

So, What’s Happened To Crash Bandicoot 4: It’s About Time’s Physical Version In Europe?